Ten concerns on Ayushman Bharat: Universal healthcare is coming, here’s why those worries are mistaken

Ayushman Bharat Pradhan Mantri Jan Arogya Yojana (AB-PMJAY) has been the most talked about health sector scheme in recent times. Given the scale and ambition of the scheme – with its target group larger than the combined population of Canada, the United States and Mexico – it is not surprising. As could be expected, the scheme has a large number of supporters who are highly inspired by its vision and promise. There are also groups of detractors who are concerned that the scheme either seeks to address a wrong problem or provide a wrong solution even if it aims to address the right problem. I address the ten most common concerns raised.

The most common refrain against AB-PMJAY is that the government should focus more on public health issues and preventive and promotive care. While it is correct that prevention is better than cure, in real life both are needed. The policy challenge is not prevention vs cure but how to provide both prevention and cure. What can poor people be expected to do when faced with catastrophic health expenditure? Usually, they forego treatment and hope for the best, or borrow heavily, or sell whatever assets they have, pushing them deeper into poverty. A welfare state ought to focus on curative aspects of in-patient care.

Some people argue that the government should not use its limited resources for support services through the private sector. The private sector plays a critical role in health sector. We will need to leverage the capacity, financing, skills and energy of the private sector to provide services to millions of people who have hitherto not had any access to these quality services. Strategically tapping private sector services might be a more efficient, effective and affordable solution. 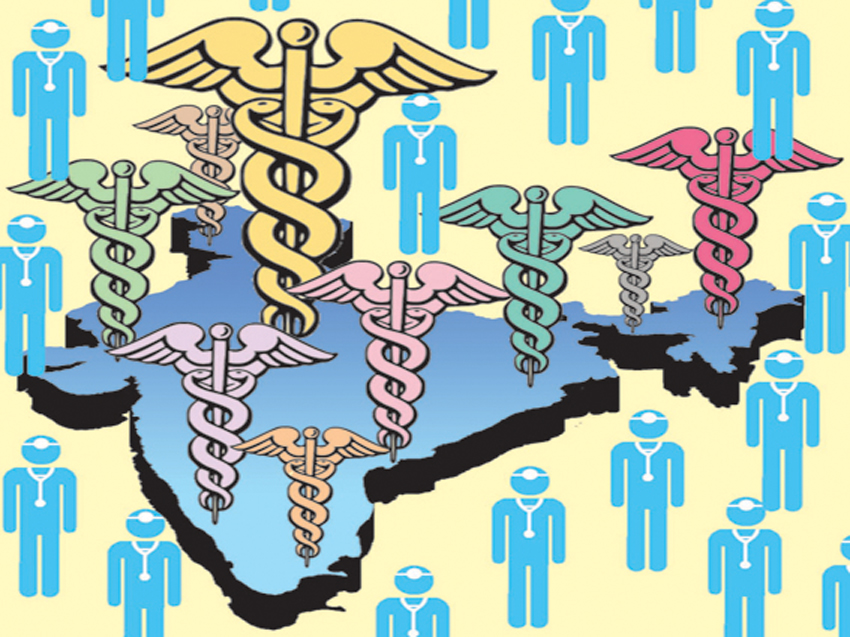 There is a concern that the private sector is poorly regulated and therefore the government should first focus on strengthening regulations and ensuring they are enforced. Purchaser of health services can strengthen the regulations due to their strong financial leverage over the private sector. Since AB-PMJAY purchases health services for more than 50 crore population, it can (a) set up prices effectively; (b) influence quality of health services; (c) incentivise hospitals to improve quality with differential rates; and (d) enforce electronic data sharing by private hospitals.

Some point out that government services are free, what then is the value addition by AB-PMJAY? While most states seek to provide free healthcare through government hospitals, in reality, patients still have to spend a lot from their pocket. In many cases, they have to get the diagnostic services, drugs and implants from outside as they are often not available in the hospitals. All public tertiary care hospitals charge for major services such as heart operations, cancer treatment, and knee replacements.

Another question often raised is about the lack of supply to match the demand generated by AB-PMJAY. Demand creates its own supply and supply cannot be created without demand. The new demand will be met through excess existing capacity in the private sector and more efficient use of the current capacity in the short run.

Some academics have argued that the scheme may not be able to reduce the impoverishing catastrophic health expenditures. The following features of the scheme seek to ensure an effective coverage for catastrophic health expenditure. The health benefit cover in the scheme has been kept at Rs 5,00,000 which is sufficient to take care of almost all hospitalisation conditions. Second, the benefit package covers almost all health conditions that require hospitalisation/ day care surgeries. Third, the provider payment system has been designed to cover all costs related to hospitalisation and ensure that the patient does not need to pay anything.

Some predict the scheme is going to increase the cost of care. On the contrary, AB-PMJAY will significantly control the prices of health services by moving towards a high volume-low margin model.

AB-PMJAY is not affordable in long run, some detractors have pointed out. Affordability is a relative concept. If we do not provide any services, there is no government budget needed. However, providing much needed services to most needy section will need resources, which are fully within our means. The government is committed to increasing the budgetary allocations to 2.5% of GDP by 2025. AB-PMJAY currently costs less than 0.1% of GDP and will not cost more than 0.2% of GDP even when it matures in next few years.

Several states have their ongoing schemes and they do not gain much by joining AB-PMJAY, some people argue. AB-PMJAY offers some unique propositions to all states – access to financial resources, state-of-the-art, customisable technological platforms, implementation systems and world-class analytics and fraud monitoring systems at no additional cost. Due to the portability of services, beneficiaries of the states also gain from the nationwide network of hospitals.

Ayushman Bharat has put India on an irreversible path towards universal healthcare. The scheme will keep evolving, taking into account the experience of evidence generated from its implementation. Given the highest level of political support for these reforms, failure is not an option.

DISCLAIMER : Views expressed above are the author's own.